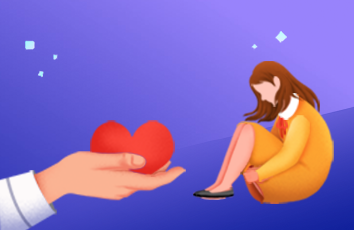 更多“Children who live in the rural areas are very () to be poor.”相关的问题

In America, older people rarely live with their adult children. But in many other cultures
children are expected to care 【C1】______ their aged parents. In some parts of Italy, the percentage of adult children who 【C2】______ with their parents 【C3】______ 65% to 70%. in Thailand, too, children are expected to look after their elderly parents; few Thai elderly live 【C4】______ . What explains these differences in living arrangements across cultures？ Modernization theory 【C5】______ the extended family to low levels of economic development. In traditional societies, the elderly live with their children in large extended family units for economic reasons. 【C6】______ with modernization, children move to urban areas, 【C7】______ old people after in 【C8】______ rural areas. Yet modernization theory can't 'explain why such households were never common in America or England, or why families in fully modernized Italy 【C9】______ a strong tradition of intergenerational living. Clearly, economic development alone cannot explain 【C10】______ living arrangements.

Sixty million people who （)in rural areas are moving to cities every year.A: livedB:

Sixty million people who ()in rural areas are moving to cities every year.

中英互译：It must be noted that improvement in agriculture seems to not be able to cat
ch up with th e increase in population of rural areas and there are millions of peasants who still live a mise rable life and have to face the dangers of exposure and starvation.
点击查看答案

Since its establishment, the Hope Project has won widespread support from Chinese citizens, who have generously donated money， clothing and school supplies to help poor children in rural areas go back
点击查看答案

Although the United States covers so much land and the land produces far more food than th
e present population needs, its people are by now almost entirely an urban society. Less than a tenth of the people are engaged in agriculture and forestry(林业), and most of the rest live in or around towns, small and large. Here the traditional picture is changing: every small town may still be very like other small towns, and the typical small town may represent a widely accepted view of the country, but most Americans do not live in small towns any more. Half the population now lives in some thirty metropolitan areas (large cities with their suburbs) of more than a million people each — a larger proportion than in Germany or England, let alone France. The statistics (统计) of urban and rural population should be treated with caution because so many people who live in areas classified as rural travel by car to work in a nearby town each day. As the rush to live out of town continues, rural areas within reach of towns are gradually filled with houses, so that it is hard to say at what moment a piece of country becomes a suburb. But more and more the typical American lives in a metropolitan rather than a small town environment. If now America has 250 million people, how many of them are engaged in agriculture and forestry ____________ A. About 25 million.

Which of the following four countries has the smallest proportion of people living in metropolitan areas _____________ A. United States.

What’s the meaning of the word “metropolitan” in the middle of the passage _________A.Of a large city with its suburbs.

According to the passage, what can we learn about small towns in the United States _________ A. Most small towns become gradually crowded.

B. Small towns are still similar to each other.

C. As the traditional picture is changing, towns are different.

B. Because the rush takes place too quickly.

C. Because the process is gradual.

D. Because more and more Americans live in metropolitan areas.

There is a growing tendency these days for many people who live in rural areas to come
into and work in city.This problem has caused wide public concern in most cities all over the world.An investigation shows that many emigrants think that working at city provide them with not only a higher salary but also the opportunity of learning new skills
点击查看答案

There have been changes in all sorts of different areas of British society.In recent

After 1969 and the Divorce Law Reform. Act we had a very rapid increase in the number of divorces.The rate increased steadily and in recent years has increased much more rapidly.But there are also quite a lot of people who do actually get married.At present the marriage rate in the UK is about 70 per cent, which has gone down since the number of people who marry has gone down qui te a lot in the last 20 years, but more significantly in the last 10 years.Quite high proportions of people now live together without marrying, and, for example, 40 per cent of children born in the UK are born to couples who aren't married or are born to lone parents.There are quite a large number of lone parent families, 90 per cent of these are headed by a woman rather than a man

The average family size now in the UK is 1.8 children per couple, which

Means that there’s been quite a decline in the birth rate in the UK along with other European countries.

21.What does the passage mainly discuss？()

B.Trends in marriage and divorce in the UK.

A.the marriage rate has gone down more rapidly in the UK

B.the marriage rate has gone up a lot in the UK

C.40% of children were born to unwed couples in the UK

23.According to the passage, the cohabitation rate in the UK tends to ___

24.According to the passage, which of the following statements is NOT true？

A.The highest divorce rate was around 1969.

B.The marriage rate has gone down in recent years.

25.The last paragraph tells us（）

A.the birth rate in the UK is increasing at the moment

C.the birth rate in the UK is decreasing rapidly now

Passage Three My husband and children feel very happy to live here. They can't see that we

My husband and children feel very happy to live here. They can't see that we live on a dirty street in a dirty house among people who aren't good. They can't see that our neighbors have to make happiness out of all this dirt. I decided that my children must get out of this. The money that we've saved isn't nearly enough.

The McGaritys have money but they are so proud. They look down upon the poor The McGarity girl just yesterday stood out there in the street eating from a bag of candy while a ring of hungry children watched her. I saw those children looking at her and crying in their hearts; and when she couldn't eat any more she threw the rest down the sewer (下水道). Why？ Is it only because they have money？ There is more to happiness than money in the world, isn't there？

Miss Jackson who teaches at the Settlement House isn't rich, but she knows things. She understands people. Her eyes look straight into yours when she talks with you. She can read your mind. I'd like to see the children will be like Miss Jackson when they grow up.

A. is easy to get along with

B. is never pleased with her neighbors

C. is unhappy with the life they are living

D. is good at observing and understanding people

Blocks of "high-rise" flats have been built in large numbers in London and in many other b
ig cities. Just after the Second World War these big, twenty-to-thirty storey buildings, hundreds of feet in height, were thought to be the ideal solution to the housing problem. For on the one hand, there was severe housing shortage, but on the other hand, there was lack of space to build houses in urban areas. Blocks of "high-rise" flats seemed at first to be able to solve the problem, since they can offer more families to live in on less land. The beautiful, modem apartments in the high-rises were much sought after by people who lived downtown.

Hundreds of the vast blocks had been built before anyone began to doubt about whether they were good solutions or not. Are they suitable places for people, children especially, to live in？ A well-known British architect, who personally designed many of these buildings, now believes that the high-rises may well make those people who have been housed in them suffer a great deal.

Evidence has been collected by social workers, which suggests that people do suffer. They complain about severe loneliness and deep depression living within these great towers. People also talk about lack of communication with others, no easy access to a playground for children, no chances for adults to get familiarized with each other. Many people say that they have lived next door to each other for years in the same building, but they never know who their neighbors are. Some experts say that a large number of people living in the high-rises suffer from mental disorder and even developed criminal tendencies. As a result of these new discoveries, plans for new high-rise blocks are being reconsidered. We Chinese are now building up many high-rises in big cities such as Beijing, Shanghai and Guangzhou. Perhaps we should also reconsider the idea too.

There was a big housing problem after the Second World War ______. The speaker spoke so quickly that （)of us could understand him.A.fewB.littleC.a fewD. 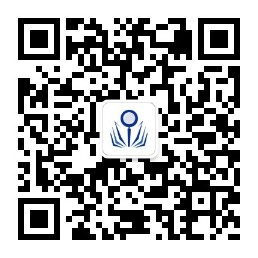